During my recent visit to California, a delightful opportunity presented itself—a family “field trip” to see a Hindu temple located just half an hour from home. Did I want to go see it? Of course! Not having been to India (thus far), or to any Hindu venues, I was more than curious.

What little I know of Indian culture and the Hindu faith has come primarily through Ananda. Our Ananda temples evoke the spirit of India in their architecture; we employ ancient Sanskrit symbols, words and chants in our services and personal meditation practices; we study and follow the teachings of Indian yogis; and in many cases our homes include devotional altars, Indian furnishings and art. Ananda’s Raja Yoga course, descriptions of others’ experiences in India, and my own limited interactions with Indian practitioners of Hinduism have also contributed to my appreciation for this ancient way of life. Now I had a chance to experience it.

And so I did. The BAPS Shri Swaminarayan Mandir in Chino Hills is the centerpiece of a huge complex that also includes a visitor center, an exhibition hall, a store and café, community and youth centers, and extensive landscaped grounds. It’s built from Indian pink sandstone and Italian marble, each stone piece entirely covered in intricately hand-carved figures, both inside and out. The interior columns and domed ceilings (also covered in carvings), the marble inlay flooring, and statuary throughout the mandir are awe-inspiring in their scope, precision and beauty. The visitor pamphlet indicates that over a million volunteer hours were given to the creation of this wondrous edifice.

It was the palpable presence of devotion, however, that truly inspired me that day, and still does. As I reflected on the dedication required to bring this living monument to Hindu spirituality and culture into being, I realized: This is Love in action. And, I realized, this is the vibration our guru, Paramhansa Yogananda, was born into and brought to us in America. This is the context of Ananda, of our particular culture, faith, and way of life. Of course, I had known it intellectually; now I knew it intuitively. This is what we are about. We are more than our buildings, more than our books and practices: we are about putting Love into action in all that we do.

Like Dr. Seuss’ Grinch — whose heart expanded at the sight of the residents of Whoville singing joyfully despite all their Christmas decorations and gifts having been stolen (by him) – my own heart felt expanded just being in the presence of so much devotion. I realized, too, that being led to Ananda, to Yogananda and to the hard yet joy-filled work toward Self-realization has been the greatest gift I could receive.

Throughout the BAPS mandir is a quote by its founder: “In the joy of others, lies our own.” May our own love, joy, and devotion help lift all whom we meet. 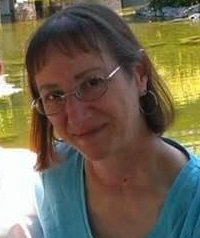