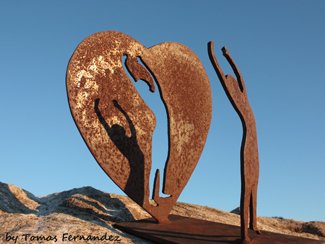 As I write this, I have just downloaded the boarding pass for my flight to California, and — barring any new decisions by our government or my airline — I’ll be on my way tomorrow (Thursday). And, when you read this (Monday), I expect to be on my way back home.

We all know about plans, however. “Man plans, God laughs” and all that. The fact is, plans aren’t carved in stone. They’re subject to disruption (“course correction”) at any time…it’s the universe’s way of keeping us on our toes. The opportunities to practice staying open to whatever comes, even welcoming it, are just so abundant!

Sometimes, the disruption turns out to be just a blip. For instance, on my last flight to California, the plane was packed with people and pets, as per usual. At about 10,000 feet altitude, as it was readying to complete its descent to the airport, the pilot got on the P.A. system and announced that we couldn’t land yet because of an “extensive” earthquake that was taking place down below. In sync, all of us craned our necks to look out the windows and many of us (not me) pulled out their cell phones to contact people on the ground. The woman next to me, a California native, said that in all the years she’d been flying she’d never experienced something like this. And what the heck did “extensive” mean? We couldn’t see any evidence of damage from our perspective; even more perplexing, however, was that we had no further information about what was going on. So we all sat in the plane while it circled, striking up conversations with fellow passengers and — for some of us, myself included — holding private conversations internally.

Finally, the pilot came back on the P.A. system. He informed us that now the runway had to be examined before we could land; we still were given no information regarding what we would encounter when we landed. Before long, however, he’d been given the go-ahead, and everyone cheered as the wheels hit the tarmac.

Happy ending this time. But here’s the thing: that earthquake got no media coverage, there was absolutely no damage to be seen, and no one I spoke with on the ground even knew it had happened. Was this all a dream? Whether it was or not, the experience provided a wonderful opportunity to examine my own faith and think about how I could best handle a disruption, of any magnitude.

Will there be any blips in my next travel experience? These days I’d say it’s likely. What form will they take? It’s anyone’s guess. Can I be ok, or — even better– be of service, even if it’s just to smile or hold a hand, if the disruption is greater than expected? I hope so. The first line of Swami Kriyananda’s Festival of Light begins, “Let us lift up our hearts.” That is my goal, no matter what comes.

This week, our inspiration comes from Swamiji himself, about overcoming and transcending the obstacles that we have placed in the path between our souls and God. I hope that you will find it – and all the other offerings that are available to you — uplifting to your heart.