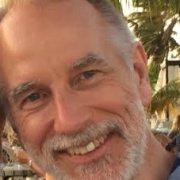 Mahadev first became involved with Ananda in Seattle in 1996, and moved into the Ananda Seattle community in 1997, eventually becoming a minister and light-bearer.  He and his wife, Niranjana, moved to Ananda Village in 2010. After retiring in 2015, Mahadev taught math, music and Japanese at the Living Wisdom School at the Village for three years, and served on a foundation whose mission is to promote the use of technologies that were developed to serve disabled individuals.  Since returning to the Ananda Seattle community in the fall of 2018, Mahadev now helps organize music at Sunday Services and kirtans, and teaches introductory meditation classes.