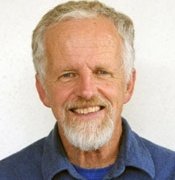 Nitai Deranja is co-founder of Education for Life (EFL) International. In 1972 he started the first EFL elementary school and in 1997 co-founded the first EFL high school. In his role as president of EFL, he currently oversees a network of six schools in the U.S. and Europe. Nitai has two wonderful adult children, both of whom attended Education for Life schools. He is the author of two books: For Goodness’ Sake: Supporting Children & Teens in Discovering Life’s Higher Values and The Art of Joyful Education.