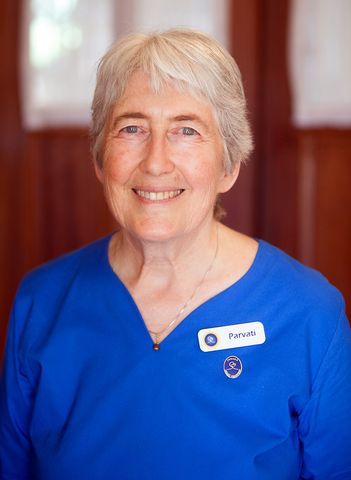 Nayaswami Parvati is a founding member of Ananda, and is one of Ananda’s most widely traveled and experienced ministers.

With her husband, Pranaba, Parvati has been involved in the creation and direction of Ananda centers and communities in Palo Alto, Portland, Seattle, Dallas, and Assisi, Italy.

Parvati has served as the Executive Director of the Ananda Janaka Foundation (https://janakafoundation.org/) since March 2004.