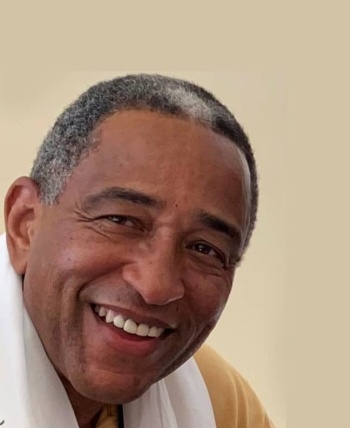 Tyagi Ram (Robert Smith) has been a devotee of Paramhansa Yogananda and Swami Kriyananda for 44 years when he moved to Ananda Village in August 1977 at the age of 24. A graduate of Ananda Yoga and MedtiationTeacher Training, Ram has served in various Ananda Centers worldwide, including Ananda Village, Atherton, San Francisco, Assisi, Rhode Island, and Los Angeles.  He has been an ordained Ananda Sangha Lightbearer Minister since 1982 and served as the Spiritual Director of Ananda Assisi from 1987-1991. He is a great singer and loves to share Swamiji’s and Master’s music with all who would listen.