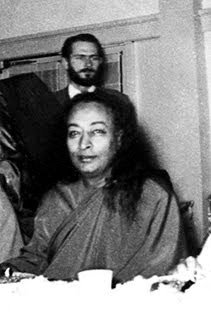 Discipleship to His Guru

Swami Kriyananda met his guru, Paramhansa Yogananda, when he was 22 years old. He spent the rest of his life serving his guru and founded Ananda, a movement that has touched millions around the world.

His unfaltering discipleship and divine friendship has helped to uplift the consciousness of the planet.

Tonight we come together in gratitude for the life and example of Swami Kriyananda and the inspiration he gave to all. The program will include some of Swamiji’s music, readings, meditation, sharing, and a flower offering. 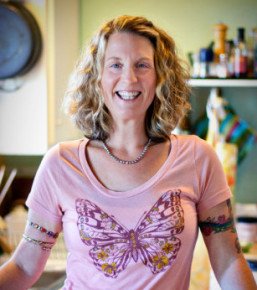 I took my discipleship vows to Paramhansa Yogananda in 1996. We’re coming up on twenty years pretty soon!

When my hubby and I took our vows, here in Portland those many years ago now, I had a deep feeling of “Oh, this again.” I was not surprised. Nor did I feel elation.

What I did feel was peace and reassurance.

While we were in California this past March for the dedication of the Moksha Mandir, we were able to see the movie The Answer.

In the movie, which is based on the book The New Path and the life of Swami Kriyananda, he (then J. Donald Walters) jumped on a bus and headed across the county. Starting in the Mid-Atlantic states, all the way to Southern California. This happened the day after he finished reading the Autobiography of a Yogi.

I don’t think that Swami Kriyananda had any sense of “What is this about?” “What does this mean?” “Discipleship?” More that, I believe, “I need to be that!”

Dedicate my life to God through this Master of Self-realization.

After getting off the bus, Swami Kriyananda, made his way to Mount Washington. After waiting and wondering if in fact, he would even see Yogananda in person, Swami Kriyananda was given permission to see him.

Yogananda reminds Swami Kriyananda that the only reason he allowed this interview, was because Divine Mother told him to. Setting the stage of knowing that all the decisions and choices that Yogananda made are divinely guided.

How often in life does one ask you for your unconditional love? What a blessing to be reminded of our true nature. Our divinity. Because truly it can only be by divine right to love so deeply and purely.

I think what struck me after watching this movie, was the realization that as Swami Kriyananda knelt there asking to be made a disciple of Yogananda, he did this for all of us! Swami Kriyananda opened his heart to Master and asked him “to enter and take charge of his life!”