I’m a writer. I come from a family of writers. In fact, back in the old country, one of my great-grandmothers was the designated letter-writer for her small village in the early 1900’s, as most of her neighbors were not schooled. For many years my professional life involved researching and writing business and technical papers for various companies. You’d think that, with writing in my genes, I would have enjoyed it. The truth was, not so much. This particular talent was a challenge.

Over the decades, people sometimes suggested that I could be a published author. “You should write a book,” they’d say. My usual reply was, “Maybe someday. Right now I don’t know what I’d write about that would fill a book.” It’s one thing to produce a dry report, usually under a company banner. It’s entirely another thing to write something personal that other people want to read for their own benefit.

Then, about two years ago I was invited to try my hand at producing Ananda Portland’s weekly e-newsletter. Although I had had some experience writing for my high school journalism club’s newspaper, and had contributed articles to some professional publications, I’d certainly never done something like putting out a weekly “publication” to a mailing list of 850+ souls. Still, the need was present, and I said “yes.” That’s what we do at Ananda!

At the beginning of my first e-newsletter, I introduced myself to all of the readers. The next week, I wrote something else in that space. Then the writings took on a life of their own. These little essays just started happening, and no one stopped me. Nearly 100 mailings later, no one has stopped me still. And apparently, I do indeed have something to write about. I love sharing my thoughts, and connecting with you about matters great and small, in the context of our shared aspirations for spiritual freedom. Knowing that something I have communicated touches someone else is a special joy in itself.

A number of times I have been asked, “How do you come up with an essay week after week?” Often, there’s an event taking place at the Temple, or Ananda in general, which inspires me to reflect on its importance. Other times, it’s a national holiday. Sometimes, it was something that someone said or an event in my own life during the week that had a message that I thought someone else might appreciate. Mostly, though, it’s from asking, “Master, what would you have me write today?” Often, the final product looks far different from what I’d originally intended—and it’s the joy of that discovery that compels me to do it again, week after week. Thank you, God, for this talent and for giving it a vehicle that is fulfilling to my soul!

Thanks to all who have taken the time to let me and the Temple Team know that you value and enjoy the content of these newsletters. We are always striving for ways to connect with, inspire and inform all seekers of Truth that resonate with our path. If there’s something else you’d like to see, do let us know. 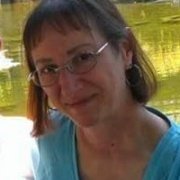