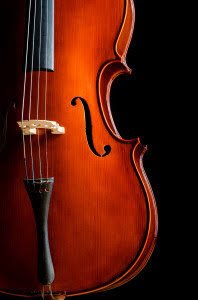 ” If you want to know me,” Swamiji has said, ” listen to my music.” That’s how I first ” met” Swamiji-alone in my car singing one of his songs. I lived in Portland, Oregon, and had just started going to the Ananda center there. The choir director asked me to sing a solo for an upcoming performance of the Oratorio.

I am embarrassed to admit that my attitude toward Swamiji’s music then was a little condescending. ” How charming,” I thought, ” that the founder is also a composer.” I liked his music, but I have been studying music since I was six years old and, compared to what I was used to, his music seemed too simple to take seriously.

I was a member of the Portland Symphony Orchestra. Sometimes the life of a professional musician is not all that rosy. On this particular day, I had spent hours in a cramped orchestra pit playing music I didn’t like under a mediocre conductor, surrounded by musicians as unhappy as I. Driving home that night, my spirits were about as low as they have ever been. The Ananda concert was coming soon and I thought I might as well practice my solo.

The song was This is My Son. I’d never heard it, but I could tell from the score it was easy to learn. I am a cellist, but singing has always been a happy sideline for me. Keeping one eye on the road, I glanced over the music and then ran through the song a couple of times. I was about to sing it for a third time when I realized I had better pull off the road.

Not only had the song banished my sour mood, my consciousness was now so expanded it wasn’t safe for me to drive. I was astonished. How could such a simple song change my consciousness completely? It was the beginning of a new musical career for me, a career devoted almost entirely to Swamiji’s music.

Not long after, I had a chance to play cello for an Oratorio performance in which Swamiji sang. Afterwards, there was a standing ovation and Swamiji was called to the front to accept a huge bouquet of flowers.

I have seen many great musicians accept accolades from an appreciative audience, but I have never seen anyone respond as he did. It was more than humility. It was a complete absence of ego.

Listening to Swamiji sing was a musical experience like none I’d ever had before. Yes, he has a beautiful voice, but the beauty is more than the sound. When he sings there is an actual transfer of consciousness. Seeing him before the audience now I realized that what Swamiji transmitted was pure love.

That understanding completely changed the way I perform. I still work on the technical aspects of playing. What I’ve learned from Swamiji has helped me with that, too. Naturally I play better when I still my thoughts, relax and center my energy, and concentrate more deeply on the music and the inspiration behind it.

Above all, however, what I focus on now is the consciousness with which I play. It is all about love. Love for the music and love for those who come to listen-God’s love flowing through me.

I am not a world-class cellist, but sometimes now people respond to me as if I were, especially when I play Swamiji’s music. I understand now that to be a musician is to be an instrument, like my cello. In the divine performance of life, I play my cello and God plays me.

Excerpted from Swami Kriyananda As We Have Known Him, by Asha Praver