What Is the Importance of Community in Spiritual Life? 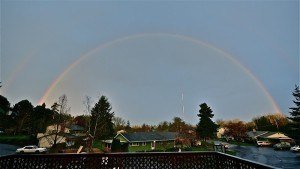 A point that my great Guru emphasized repeatedly in his lectures and writings was the importance for devotees of living together in community, sharing their spiritual aspirations.

The greatest hindrance to spirituality is what one might call asatsanga—the opposite, of course, of the scriptural recommendation: Satsanga. It is no small thing to develop new ways of thinking, feeling, and living in a materialistic world. It is all the more difficult nowadays because people’s focus today is so strongly on material values.

India itself is trying to regain its balance before the inundation of new, Western values that do work, on their own level. Many Indians also, however, realize that the quest for material comfort and security is empty, without inner peace. What is the solution? Paramhansa Yogananda sought to show people everywhere that outer efficiency, without corresponding inner peace, is an empty gourd.

How wonderful it would be if those who seek God, few in number that they always have been—as Sri Krishna tells us in the Bhagavad Gita—could congregate together permanently: places where “job, school, church, and one’s whole life could be brought together in one place, instead of scattered.”

I was at a garden party in 1949, in Beverly Hills, California, when Yogananda addressed hundreds of people on this subject. It was the most powerful lecture I have ever heard. He urged his listeners to “go north, south, east, and west—thousands of youths to show the world that living together for God is the way to true freedom and happiness!” I vowed to do what I could to bring this ideal to fruition.

I must have been the only person present who responded to his plea. With Guru’s and God’s grace, I have succeeded in founding several such communities in America, and one also in Italy. About 1000 people now live in these communities. My present dream is to launch this concept in India. I see it as the way to forge a new pattern of living in this materialistic age, one in which people will help one another to grow in spiritual values. This pattern already exists in the communities I have founded elsewhere, communities that for the past thirty-six years (when the first of them was started) have thrived and have brought harmony to thousands, not only those who live in them, but countless others around the world who have been inspired by what they’ve seen at Ananda.